Power stations need water – in volume and with high reliability. A large coal-fired power plant needs approximately 1m3/s in order to cool and operate reliably, and a large proportion of this is consumptive use. Approximately one third of the UK’s electricity supply depends on freshwater, for the cooling of coal, gas and biomass thermal power plants. These power plants need a reliable water supply and operate under strict environmental controls to minimise ecological impacts.

Low flows and warm water temperatures mean some power plants may need to reduce or shut down operations, subsequently defaulting on contracts to supply electricity.

In this MaRIUS analysis we use a dataset of 42 thermal power plants around the UK that depend on freshwater for cooling and contribute approximately one-third of the UK’s electricity generation (2012 values). The key metric of these analyses is generation unavailability, which is the amount of time that a power plant is unable to operate due to low flows. It represents a maximum potential impact.

For a historical economic impacts analysis, we analysed historical flows over 66 gauging stations near these power plants for the period 1974-2012.

A further analysis used the Future Flows Hydrology to simulate impacts on the generation unavailability under climate change. In both cases we keep the fleet of power plants and implementation of water abstraction regulation, constant.

Forthcoming analysis will use the specially-formulated MaRIUS drought event sets and calculate impacts on the price of electricity.

Our historical analysis, indicates that over the past 40 years, on average, potentially as much as 4.6 TWh of generation, each year, is unavailable due to low flows. This has a market value (£42/MWh) of close to £200m with estimated loss of profits of £45m/yr to companies. Whilst in most years the generation unavailable is small, in more severe, drier years, such as 1975-‘76, 1989-91, 1995-96 and 2012, the value of unavailable generations ranges potentially up to £400-800m per year.

2) Our analysis using the Future Flows Hydrology, assess the change in generation unavailability, both during short drought events, but also over longer periods of time, e.g. 30-year period equivalent to investment cycle of a power plant.

The following two figures compare the generation unavailability (%) of the 11 Future Flows timeseries from 1951-2091.

3) Impacts on a power plant basis vary almost entirely according to the size of the power plant. There is also little variation between different locations around the UK. However some locations require special attention, such as the river Trent, where several power plants are located. For example power plants #9, #29 & #39 are located close to each other on the same stretch of river. 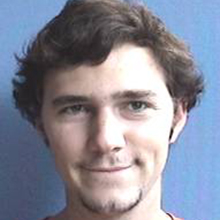 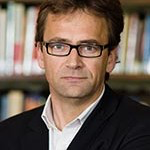